Bounce Back is a Charity and a Social Enterprise focused on the training and employment of people in and leaving prison.

We work inside and out with a firm belief that everyone has the ability to change and deserves an opportunity to do so.

Need often finds a way to drive an idea, sometimes further than we all expect, and Bounce Back was just such an idea.

In 2011 we started a small painting and decorating social enterprise, with the sole purpose of employing people who were coming out of prison. Recruitment was done through interviews in the prison and the first team of 5 people were commissioned to start off by re-building and decorating our offices. They did a very creative job despite the rather erratic grouting and a few hitches with the quality of electrical fitting and we were all delighted. When other people asked if they could use the decorators we would point out that the team had just left prison and clients would say ‘if its ok with you its ok with us’ and that was when we realised we could change perception by endorsing people, giving people trust and putting our belief in them.

As the work grew, clients wanted decorating but also wanted to make a difference and we quickly realised that there was an opportunity to do more including training people to be ready for work.

Anyone who starts a charity tends to believe in serendipity and the passion for what we choose to do enables us to circumnavigate barriers and overlook obstacles. ‘Outcomes’ were not something we’d ever heard of and simply delivering success for the guys leaving prison was all we wanted to achieve.

Fate and amazing people along the way stepped in. HMP Wandsworth supported our recruitment, The London Probation Trust helped us, we were given guidance to set up training and then we were lucky enough to be given a building for a year in which to flourish. Finally, through the support of our decorating clients we were working all the time and thanks to some amazing organisations, the first of which was Axis, we started to grow.

We always knew that through the power of skills training and a job, we could make a difference and see change in our participants. However, we also realised early on that change could only come with support for the individuals, which led to our case management team working with individuals for as long as they need it when they leave prison and are go into work.

But above all, Bounce Back remains about the individuals who we see transform before our eyes, coming straight from prison, lacking in confidence and hope who got a chance to see there was a prospect of a job and a future.

It was immediate and compelling to see the potential impact we could have in preventing people from returning to prison, being a drain on the national economy but more importantly, continually committing more crime and creating more victims.

Thanks to all those who ‘cracked it’ we are invited to weddings, christenings and celebrations to meet the families of some of our original Alumni – Abdul and Dave, Ali and Lorenzo, amongst others all of whom are now living successful lives – that’s what keeps us all doing what we do.

Where we are now 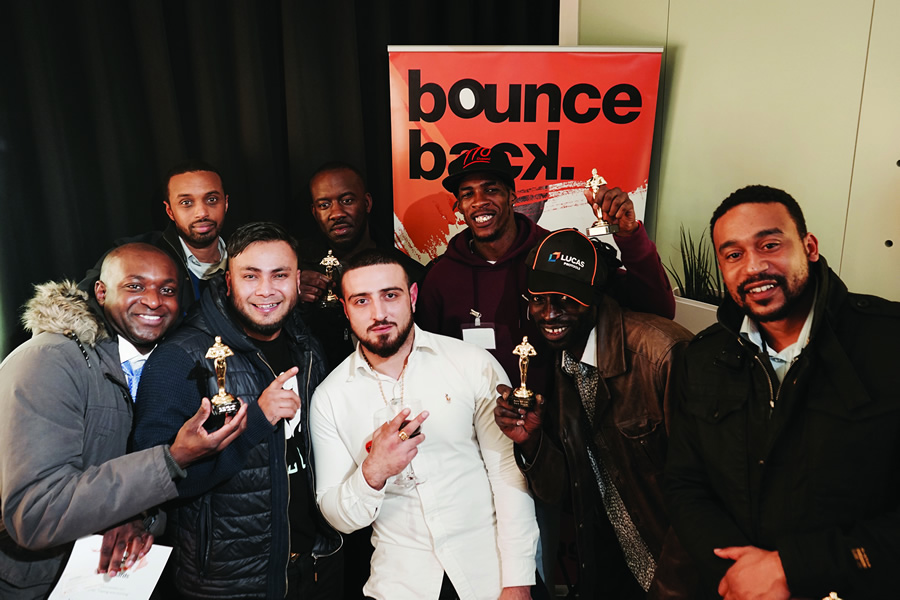 And so over the last 10 years we have continued to do exactly what we set out to do. From one training centre we now have 5 in prison and 2 outside, delivering a variety of construction training courses. We have supported nearly 2,000 people and now partner some outstanding construction companies who employ our participants. In addition our Social Enterprise now has a team of up to 30 qualified decorators at any time so we can continue to decorate ever larger buildings as well as private homes and offices.

It is with huge pride that I have seen what we do grow, and now being part of the Change Grow Live family, how much more we will be able to do in the future.